The Kaladwas Chamber of Commerce & Industry (KCCI), a multi district apex body of trade, industry, mining & tourism and partnering industry and government alike through advisory and consultative processes, works to create and sustain an environment conducive to the growth of industry in Southern Rajasthan.

KCCI is a non-government, not-for-profit industry-led and industry-managed organization, playing a proactive role in Rajasthan’s development process. Founded over 10 years ago, it is Southern Rajasthan’s premier business association, with a solid membership of over 225 industries/entrepreneurs and hub of approximate 450 Industries are proposed in the extension plan of the Kaladwas industrial area.

A facilitator, KCCI catalyses change by working closely with government on policy issues, enhancing efficiency, competitiveness and expanding business opportunities for trade and industry through a range of specialized services and national linkages.  It also provides a platform for sectoral consensus building and networking.  Major emphasis is laid on projecting a positive image of business, assisting industry to identify and execute corporate citizenship programmes.

KCCI’s theme of “Unity & Co-operation for Commerce & Industrial development” and also as adopted this year, “Upgradation of skills, Capacity building, Communication & Infrastructure development” well reflect the Chamber’s commitment to balanced development that encompasses all sectors of the economy and all sections of business, at National, State, Regional and Zonal level.

KCCI, as a promoter, has been instrumental in establishing a Common Hazardous Waste Management Facility in Udaipur, The common waste & secured landfill facility in Udaipur has become operative, and with the operation of this Facility at Udaipur, Rajasthan became the Fifth State in the country and the First in Northern India, where Common Hazardous Waste Treatment & Disposal Facility existed and proved as a blessing for all the hazardous waste generating industries of Rajasthan. As on date, more than 250 industries have been registered by KCCI

KCCI aims at making Udaipur, the alternate Industrial and Commercial Capital of Rajasthan by the year 2020 by way of facilitating the harnessing and exploitation of the abundant natural resources of the region, augmenting its tourism potential and establishment of the region as an educational and industrial hub. 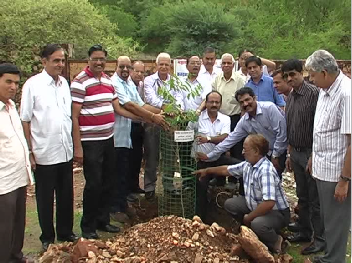 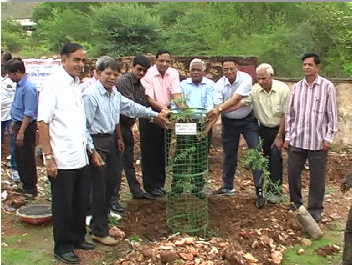